Cancer cases have been rising over the years, resulting in an ever-increasing number of people living with cancer.

The Covid-19 pandemic has resulted in people becoming more aware of their health and protecting themselves and their loved ones in the event of critical illness, especially cancer.

According to National Cancer Centre Singapore, cancer cases have been rising over the years, resulting in an ever-increasing number of people living with cancer.

My family lineage is unfortunately a victim of cancer as well. My grandmother was diagnosed with multiple types of cancer; cancer claimed my aunt’s life; my dad suffers from prostate cancer. The illness is truly unpredictable and can happen to anyone – Even the famous US actor Chadwick Boseman, best known for playing Black Panther in the Marvel Superhero franchise has recently passed on due to colon cancer at only age 43.

For a long time, the term “Cancer” was taboo and deeply dreaded. For many, being diagnosed with cancer was akin to a death sentence. However, it is not all hopeless. There has been significant improvement in cancer patients’ survival rates thanks to vast advancements in cancer treatments. Early detection and timely treatment have also been made possible for many through enhanced screening processes.

It’s a long and tough battle, but more people are surviving for a longer time, both in Singapore and globally.

Number 1 Cause For Death

It is a fact that cancer remains the leading cause of death in Singapore since 2016.

Cancer accounted for 28.80% of deaths, which means that almost 1 in every 3 deaths is due to cancer.

And because of cancer, roughly 15 Singaporeans are dying every day.

From a study on life insurance claims, cancer contributed to the most death claims.

1 in 4 Singaporeans May Get Cancer

It is estimated that 1 in every 4 or 5 people in Singapore may develop cancer in their lifetime.

Having known that cancer can be fatal, we would not want to have any encounters with this deathly illness.

There are ways to reduce the chances of you contracting cancer. Even so, we still need to consider how common cancer is and be prepared at all times.

39 People Are Diagnosed With Cancer Every Day

The number of cancer cases is increasing steadily over the years.

Within the years 2013 to 2017, a total of 71,265 cancer cases were reported in Singapore. This equates to around 39 people being diagnosed with cancer every single day.

The exact figures could be higher because only diagnosed cases are recorded.

What about those that didn’t go for check-ups? They might not even know they have cancer and it can go undetected until it’s too late.

But eventually, complications will arise leading to detection.

By the time complications arise, it will be a big concern both financially and mentally.

Singapore is the top in Southeast Asia and is ranked in the top 50 globally for cancer rates.

Singapore ranks in the top few for many things such as our education system and competitive economy. We can be proud of those rankings, but we should be very concerned over how highly we are ranked for cancer rates.

In the table below, you can see that Singapore is ranked at #42 for highest cancer rates globally.

In Singapore, the medical inflation rate is at 10% per year. So this means that the cost of hospitalization and medical treatments are increasing at a fast pace.

In the event that one develops cancer, what are the options available to mitigate the impact?

Cancer treatments are available. But they are most effective when the diagnosed cancer is at an earlier stage.

At later stages, the effectiveness of cancer treatments are lower and it’s coupled with higher costs.

Surgery, chemotherapy and radiation therapy are the most common types of cancer treatments.

These treatments are usually used in combination to achieve effectiveness.

As information about average treatment costs are not readily available, these are the best estimates we can find for the common procedures and treatments:

Biopsies: a few hundred to a few thousand dollars

Operations to remove tumours: a few thousand to tens of thousands of dollars

Chemotherapy: a few thousand dollars to tens of thousands of dollars.

You can also visit this article for a more detailed breakdown of the costs of procedures related to common types of cancer in Singapore.

Survival Rate Is On The Rise

The above statistics are not meant to give you a sense of hopelessness but rather, to let you gain awareness of the issue and hence make informed decisions. We cannot control whether we will fall victim to the illness, but we can control how prepared we are.

Comparing the respective percentages above, survival rates seem to be actually increasing throughout the years.

Emotionally, no one will ever be fully prepared for a cancer diagnosis. But we have a say in preventing cancer, and lightening the burden of cancer treatment costs.

Consider the Multistage Cancer Cover for yourself and your loved ones.

The Rise And Fall Of The Coin

Terra(Luna), a UST stablecoin, which ranked among the top 10 most valuable cryptocurrencies, dropped below $1 in just 24 hours ...
Read More

The Journey To Being A Father

After going through the entire pregnancy journey to birth, here are the things I can share with fellow new parents ...
Read More 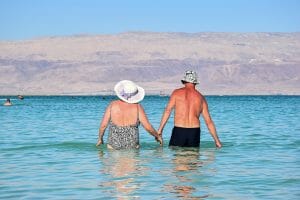 How Much Do You Really Need For Retirement

Whether you’re a parent or not, planning for retirement is a priority for the present. How much do we really ...
Read More