The 2 Impacts of the Ukarine War

While Ukraine may seem far away from Singapore, the conflict there will have real and significant impact on all of us.

We are living in perilous times. In addition to the virus we have wars, other diseases, strong storms, earthquakes, civil unrest, etc. This is a dangerous world.

Unless you are living under a rock, you should be aware of the Russia-Ukraine conflict. On the morning of 24th February 2022, Russian President Vladimir Putin announced that military operations had begun in Ukraine. Russia launched a major military assault with reports of explosions near major cities across the country, hitting military headquarters, airfields and military warehouses.

Even though the war might be in a different place, different time, but the destruction and suffering is all the same. While Ukraine may seem far away from Singapore, the conflict there will have real and significant impact on all of us.

Impact Of The Ukarine War: Inflation

The coronavirus pandemic has already caused disruptions and threats to global supply chains that are only expected to worsen in the months ahead.

Sanctions imposed by the West are hurting the Russian economy and potentially its trade partners which rely on its energy supplies. Escalating tensions and sanctions could also result in energy supply disruptions and potentially hamper the already burdened supply chains further, contributing to further inflation risks.

With sanctions being imposed on Russia and disruption to supplies, global prices of energy and other products are set to rise in the coming weeks.

Any disruption of food supplies out of the region could fuel food inflation. The prices of wheat and corn are expected to rise.

Food inflation is one of the main driver of higher consumer prices in Singapore.

Russia provides Europe with around 40 per cent of its natural gas supply. And Europe is heavily reliant on Russian gas transiting through Ukraine. With the war on hand, the energy markets may be hit.

Singapore largely relies on natural gas for electricity generation, and any impact on global gas prices could mean higher electricity prices us down the road.

Russia is the second-largest oil exporter after Saudi Arabia, shipping about five million barrels of crude oil per day.

If the Ukraine crisis deepens further, it may spiral into an energy crisis, and push oil and gas prices higher.

In recent weeks, pump prices have been on the rise in Singapore, driven by higher crude oil and product costs.

With the price of crude oil reaching a multi-year high and the possibility of further increases should tensions worsen, this could mean higher diesel and petrol costs for motorists here.

Impact Of The Ukarine War: Investment

Markets have been fretting about the situation in Ukraine for some time and it remains unclear how the situation will develop as there could be further escalation in terms of military actions by Russia and very likely more sanctions against them by the west.

Russian stocks crashed by as much as 45% in the wake of the Ukraine invasion, with banks and oil companies among the worst affected.

It also led to steep falls on markets elsewhere around the world.

The stock market plunged, with the major indices falling deeper into correction territory

Shares of airlines, cruise lines and retailers all fell broadly on the news.

Shares of tech stocks, which have been under pressure as bond yields spike amid concerns about the Federal Reserve’s tightening monetary policy, also tanked and fell over 3%.

The economy looked less than healthy in this short term period.

Previous experiences have indicated that such tension and crisis will unlikely have material impact in the long run as they tend to be viewed as isolated event. Despite the short-term impact, one should never be a seller of equity in such moments given that stocks have weathered heightened geopolitical tensions in the past and turned out well eventually.

Looking back in history, equity tends to recover after a period of bear with positive 1-and 2-year returns. We generally view such volatility in markets, particularly when it is unrelated to the long-term operational outlook of fundamental strong investment, as a potential opportunity.

In addition, we are of the view that global growth and company earnings are likely to remain strong this year while monetary policy normalization will be more gradual than what many market participants have projected. We think the current market volatility offers a good opportunity for us to increase equity allocation. No one can call the market bottom, we will execute the strategy on a gradual yet meaningful basis such that when equity markets correct further, we are buyers to take advantage to the dislocation.

The unrest around the world due to the ongoing war between Russia and Ukraine has yet again highlighted the importance of peace and non-violence.

We do hope that military actions will cease immediately, and there will be a peaceful settlement of the dispute.

Pray for Peace. Pray for Ukraine. 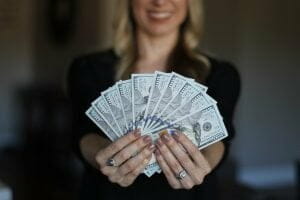 There are no unresourceful people, only an unresourceful state of mind. We already possess the resources needed to earn that ...
Read More

The Misconceptions Of Investing 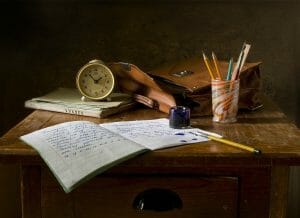 Skills You Never Learn In School

During this period these are some of the most valuable skills that you can develop, and these skills may or ...
Read More