The Legend Of Ip Man

Let’s explore how we can use the themes in the Ip Man films to sharpen our “fighting skills” against life’s battles.

As an avid fan of action movies, one particular series that have caught my attention is Ip Man. Ip man is one of the most entertaining and exciting movies out in Hong Kong. The movie series deserves a place among the very best of not only contemporary martial arts movies, but martial arts movies of all time.

How many of you have ever made the mistake of pronouncing Ip Man as “eye-pee man” when the first movie came out? It was always a hilarious situation whenever someone pronounces it that way.

Ip Man, pronounced as “Yip-man”, was a Chinese martial artist of Cantonese ancestry. He was master and teacher of Wing Chun – a traditional Southern Chinese Kung Fu style and a form of self-defense, also known as “beautiful springtime”, that requires quick arm movements and strong legs to defeat opponents. The famous Bruce Lee was one of his several disciples.

The life events of Ip Man were made into a 4-part series of biographical martial arts films. Each of these films had an underpinning unique theme – the first theme being “Survival”; second, being “Making a Living and Adaptation”; the third theme is focused on “Life” itself and the fourth in my opinion is about “Restoration”.

While not all of us are actual martial arts practitioners and can only dream of looking as cool as Ip Man, we are constantly combating the challenges that life throws our way. Let’s explore how we can use the themes in the Ip Man films to sharpen our “fighting skills” against life’s battles.

Do you fight for what is right?

Ip Man has his own code of conduct and set of values that he strongly abides by. He always stands up for what he believes is right.

Though at times the decisions he made were not popular and received negative responses, he remained rooted and firm. In this way, his steadfast attitude despite challenging situations earned the respect of everyone.

What are your values in life and what do you stand up for?

If you don’t stand for anything, you will fall for everything.

Do you love what you are doing?

Do what you love

Love what you do

Meanwhile, the daughter of the Chinese Benevolent Association’s Chairman loves cheer-leading and dancing.

Initially, both of their passions were strongly opposed by their parents, who instead wanted them to pursue other things deemed more “important”.

However, when their parents finally relented and allowed the two children to pursue what they really have a passion for, the children excelled at what they love to do.

If you do what you love, you will never work a day in your life.

If you are not doing what you love, you are wasting your time.

Is the grass greener on the other side?

The Grass is not always greener on the other side.

Many people migrated to the US in the search and hope of a better life in that time.

Sometimes we fall into the habit of thinking that someone else has a better life than us or that we are lacking many things.

We need to remind ourselves to change our perspective and instead be grateful for the things we already have. This way we can be happier and feel a sense of contentment with ourselves and what we have.

Do you want your child to go to university?

With his wife’s passing, it was a struggle for Ip Man to raise his son single-handedly. Ip Man decided that the best way was to send his son to study abroad in the US.

How are you preparing for your children’s education?

Have you calculated the cost of university?

To make sure you have enough money for education expenses, it is essential to start saving early. The earlier you start saving and the more time you take to choose the right investment, the more likely you are to have the money they need.

Speak to me now to understand more about your savings and investment options.

Can you afford to leave Critical Illness to chance?

Critical Illness can happen to anyone anytime, and unfortunately for some of us more than once.

Ip man has to come face to face with the silent, incurable disease.

Ip Man suffered a minor stroke in the early days of his life. And he died of throat cancer.

Ip man can take out 10 Japanese army fighters in a sparring contest all at once, but all it took was a single cancer to defeat him.

Even a physically fit Wingchun master like Ip Man was susceptible to illnesses.

It goes without saying that the rest of us should be even more vigilant and prepared for critical illnesses to strike anytime. Prevention is better than cure, but at times we cannot control what life decides to throw us.

What would you want to leave behind when you are no longer around?

The legacy that Ip Man left behind was massive.

The real Ip Man was no superhuman, but the legacy he left behind is quite super indeed.

With passion and discipline, his life work- Wingchun was practiced globally. He also produced many great students such as Bruce Lee. Many films are portrayed based on his life, and the Foshan Ancestral Temple displays many artifacts of his life.

While not all of us can leave behind a legacy of such a scale, we can all make an impact on the world no matter how small or big through our daily actions.

What do you want people to remember you for?

What is more important than being around your loved ones?

Nothing is more important than being around your loved ones

At the end of the movie, Ip man revealed to his son about his illness and they finally reconciled after a long time of tension and distance due to conflicting views

He spent the rest of his time teaching him his ways. However, there was already not much time left for Ip Man and his son to spend together.

None of us are immortal and we will not have forever to make peace with our loved ones we might be in conflict with. We also do not have forever to spend quality time with them, so make the best of the time you have and create as many beautiful memories as you can.

Behind all the punching and kicking, there is a very personal story going on. And Ip Man’s story will continue to pass down from generation to generation.

We need to be good role models. All that we do, is not for today. But for their tomorrow.

May we continue to write our stories and live a life of purpose and usefulness to the community.

The Milestones Of A Baby

Our baby will grow pretty quick in the first year of life, getting bigger in size and attaining new developmental ...
Read More 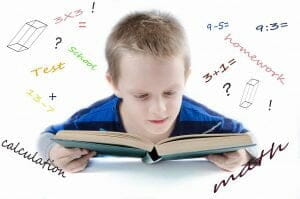 We use numbers everyday whether we know it or not. There are numerous numbers directly or indirectly connected to our ...
Read More

How we can be productive and have a fulfilling time at home in spite of the "Circuit Breaker" ...
Read More