The Milestones Of A Baby

Our baby will grow pretty quick in the first year of life, getting bigger in size and attaining new developmental milestones monthly.

It’s a wonder to behold a baby growing from a helpless newborn to an active toddler.

Your baby will grow pretty quick in the first year of life, getting bigger in size and attaining new developmental milestones monthly. As parents, we have the privilege of watching the amazing transformation take place.

It’s all exciting and wondrous, and sometimes a little head-scratching. From mini push-ups and sitting up to scooting and crawling, watch out: Here comes our little ones!

In the first few weeks after birth, your newborn will spend a majority of the time sleeping and only being awake for a diaper change or feeding. Not much action will be displayed except for the occasional stretching, yawning, sneezing, and hiccups. This initial stage of your baby’s development will only last a short while before proceeding into the next exciting phase.

Babies will eventually start moving on their own and progressively learn to walk. The first milestone to watch out for in this process of becoming mobile on their own: rolling over! This cute action usually happens when your baby is about 4 months old, but don’t fret if you see it earlier or later than that – it is completely normal. Your baby will first roll the easier way; from his belly to back as he can use his arms as support. At age 5-6 months when your baby grows a little stronger, back-to-belly rolling will occur.

Tummy-time is usually when your baby’s first roll-over will happen! Put your baby on his tummy (careful not to smother him though!) and he should instinctively hoist his shoulders and head up using his arms. This action strengthens all the muscles your baby will need to eventually roll belly to back. It is going to take some time for him to accomplish the roll-over and both you and your child will be surprised when it does happen.

You can also further encourage your baby to roll over by lying down near him or by positioning his toys just out of reach when you put him in tummy time and seeing if he rolls over to reach you or his toys. Bring it up to your pediatrician in the event that your baby has not rolled over by 6 months old. However, don’t panic! In current times, some babies may take longer to start rolling over since they mostly sleep on their backs and are accustomed to being in that position.

The first successful roll can happen anytime, so keep your eyes peeled on your baby especially when he is placed on any high places like the changing table or your bed in case he attempts to roll and is at risk of falling off. Once your baby learns to roll over successfully, playtime will be much more engaging because your baby will roll frequently. They are surprised and entertained by the new angles they get to see.

Crawling usually takes place when your baby is between 7 and 9 months old and this is usually before they learn to walk. Some babies, however, might just learn to stand and walk straight away without crawling first. So, don’t be shocked if that happens to your child! It’s totally fine.

Crawling is a significant milestone as this marks the beginning of your baby’s journey towards independent mobility.

Independent mobility is important for your baby’s self-esteem since being able to get to places on his own will instill a sense of accomplishment and power in her. Upon learning to crawl, he will encounter new things as he explores her environment. Crawling is also a means to more elaborate movements such as pulling himself up to stand, walking, and eventually running.

For us adults, crawling might seem an easy task. However, it is actually a pretty demanding action from the baby’s perspective as both mind and body are engaged.

To maintain balance, there are several muscle groups in your baby’s body that need to be strong enough – muscles in his shoulders, arms, core, back, and neck. Vision is also very important as both eyes are used to focus on one goal to move towards. This is known as binocular vision. Depth perception is also developed during crawling through alternating between looking off into the distance and looking at their hands.

Fact memorization and a sense of direction are also developed, stimulating your baby’s mind.

The age for when babies begin taking their first steps varies. Most start at 14 months old, while some others may start early at 7 months or later at 18 months old.

Walking might just be the most exciting milestone we as parents look forward to. Walking gives your baby even more mobility than crawling, allowing him to explore more of the environment around him.

It opens all sorts of new possibilities.

Before your baby is able to walk on his own, there are some other milestones he’ll need to achieve first.

Sitting Up: At roughly 6 months, your baby starts getting the hang of staying upright by using his core muscles.

Pulling to a Stand: At about 10 months (this timing varies for each baby), your baby will be able to pull himself up to stand.

Cruising: There is no fixed age for this. Your baby will depend on the furniture around him to get around.

Walking: After all the above milestones have been achieved, your baby will finally learn to walk when he figures out how to alternate between picking one foot off the ground while balancing on the other.

Teething is a crucial developmental milestone. It can be a painful process for babies, which is why you’d see them crying from the discomfort.

Your child will grow a full set of 20 teeth between ages 1 and 3—but the process of developing them starts much earlier.

The two bottom front teeth are the first to appear. Next, the four upper teeth will appear. These teeth are thinner than the other teeth and hence slide through the gum easier.

Later on when your baby is about a year old, the first molars will grow out , followed by the canines. At about age 2, the second set of molars will start to grow behind the first set.

The days before your baby’s tooth cuts through the gums is the most painful period. Each baby’s reaction will differ depending on their personality, gum density and tolerance for pain.

There are actually 2 types of smiles your baby will display – a reflex smile and a real smile. During the first month, he will show reflex smiles. Between 1-3 months, he will likely start to display the real smile, which differs from the reflex smile by duration and timing. Reflex smiles are short-lived and take place arbitrarily. Real smiles happen in response to circumstances that make the baby feel happy, such as hearing your voice or being entertained by a toy. You will also see the happiness in your baby’s eyes when it is a real smile.

As time passes, your baby will add his own sounds on top of just smiling from enjoying the things they see. Random cooing noises come first, then small giggles and eventually actual laughter and even squeals. How exciting!

As your baby achieves all these, it also means that his nervous system is maturing. His brain is now able to recognize and do away with reflex smiles and instead use smiling as a form of communication. As your baby observes how his smiling leads to reactions from the people around him, he’ll also pick up on how his feelings and expressions relate to others.

Think of babbling as a prelude to eventual speech for your baby, the stepping stone to actual communication. Your baby will start testing out his own voice and experiment with sounds. At the same time, he’ll listen for responses and learn to build social relationships with those around him.

Babbling occurs at around 4-6 months of age. The easiest sounds for your baby to make are sounds that start with letters b, m and p. This is why we often hear “buh” or “puh” in a baby’s babble.

With more practice, your baby will soon babble more variety of sounds that start to resemble actual speech.

You might be wondering if there is anything we can do as parents to encourage babbling. Definitely! You can engage in a “babble conversation” with your baby and even babble a song. Such interaction will help your baby pick up speech patterns and conversation.

When your baby starts to babble in what sounds like sentences, that’s his way of “talking” and it means the start of his language skills! It might sound unintelligible but it will slowly sound like words that you can comprehend. Pay attention to your baby’s “talking” as it lets you have a sense of his cognitive development. During this period, your baby is listening closely to his own sounds, memorizing them and processing how to use these verbal cues for self expression.

Your baby is also observing you closely and picking up the ways that you interact with others in a conversation – such as the intonation in your voice and how you take turns to be one speaking with the other party. Babies are instinctively keen on learning language, social cues and mimicking social interactions.

It is one of the most delightful things to experience when you hear your baby’s first words after months of babbling.

Your child’s vocabulary will slowly expand after he pronounces his first real word. They would usually learn nouns first before picking up adjectives and verbs.

While all babies share the same development milestones, each baby will have their own growth and development pace because of various hereditary and environmental factors. Don’t worry if your baby seems a bit slower. Chances are, she’s just taking his own sweet time.

The arrival of a new-born baby in the family brings joy as well as added responsibilities over parents. On one hand, expenses increase and on the other child’s future goals also begin to take shape. As parents, you will try to do everything in your power to help your child realize her dreams. Thus, we should add these goals to our life cover. So, even if life doesn’t allow us to be a part of the journey, our children can make it through.

There are no unresourceful people, only an unresourceful state of mind. We already possess the resources needed to earn that ...
Read More 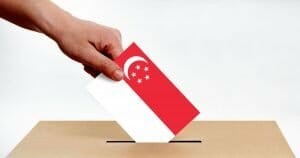 This article does not represent any organization or company and is solely my own thoughts and takeaways ...
Read More

Are we aware of the differences between fire insurance and home insurance, and what they cover? ...
Read More